Are you sitting on a nail? 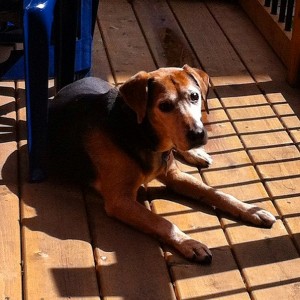 Here is a great story from Les Brown where he draws an interesting analogy.

One day, a man was walking down the street and sees a dog on a porch that was just sitting there, whimpering, whining and moaning. The man was curious as to why he was whimpering, so he went and knocked on the door and a guy came out and said, “Yes, how may I help you?” He said, “Sir, is this your dog?” “Yes, that’s my dog.” “Well, what’s wrong with him?” The owner of the dog said, “What do you mean?” “Well, he’s sitting here moaning and groaning.” The owner said, “Well, he’s actually sitting on a nail.” He said, “What! Your dog is sitting on a nail. Why doesn’t he get off?” “Well, it just doesn’t hurt him enough.”

This is a good analogy for how many business leaders act in their business. They have their “nails”, the things that are bugging them, like the guy in accounting, the marketing materials, bad meetings, Judy’s attitude or their banker. But, it just doesn’t hurt enough for them to make them move off the “nail”. Many times, it is because we have told ourselves that the pain of doing something would be much worse than to just let it be. This rationalization helps us feel better about not dealing with the “nail”. The problem with this approach is that “little” pain over a long period of time is always worse than just dealing with the situation and having a little pain for a quick period.

Frequently, the “nail” is actually a person.

In almost 7 years as an EOS Implementer, I have found it is almost always better to hold someone accountable who is a “nail” in your organization which inevitably leads to them leaving long before you have to fire them. It is better to have the seat open then keep dealing with the fallout of them not being right people or in the right seat.

Is there someone that you have been moaning about lately? If this is the case, then make sure to do the good work and get off the “nail”.

Hire a Professional Implementer or self implement EOS?

Hire a Professional Implementer or self implement EOS?