ToDo or Not ToDo 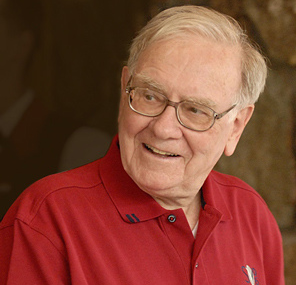 If you google – Warren Buffett Pilot Advice – you will be pointed at all sorts of blogs recounting a story similar to the blog post James Clear wrote entitled Warren Buffett’s 2 List Strategy: How to Maximize Your Focus and Master Your Priorities. You can read his whole blog post here.

The gist of the story is that Warren Buffett asked his personal pilot, Mike Flint, what his future career goals were and he asked him to create a list of the 25 most important things he had to do to accomplish those goals. When he returned with the list of 25 Warren looked at it and asked him to break that list into two with only the 5 most important items on list #1 and the remaining 20 items on list #2. When the Mike returned with his carefully thought out lists. Warren asked him what he was going to do with the 20 items on list #2. Mike replied that since they were not as important as the top 5 items, that he would only be able to devote filler time or sporadic effort into pursuing them. But, he said, he would pursue them since they were important to him as well. Warren then explained that he was approaching the two lists incorrectly. The 5 items on list #1 were the only things he should focus on. The other 20 items? They were distractions which would prevent him from accomplishing the most important goals. He should avoid them at all costs until the top 5 items were completed.

Not that we would equate ourselves with Warren Buffet but that 2-List principle is the very same one we teach out EOS clients to use in solving their impossibly long list of  issues and opportunities. We ask them to select the three to seven most important items to work on each quarter (we call them Rocks) and to place all the other items on their Long Term Issues list (called the Parking Lot). Work on the Rocks and avoid the items in the Parking Lot at all costs for the next 90 days. This is a bit simplified but it is the heart of what we teach.

Given Warren Buffet’s success in life one has to imagine that this is pretty sage advice. Are you using a 2-List strategy in your company, at all levels, to solve problems in a prioritized fashion? If not, what are you doing?

A hat tip to Todd Smart, a Certified EOS Implementer out of Chicago, who told us about Warren Buffett’s Pilot Advice at our last Quarterly Collaborative Event (QCE).