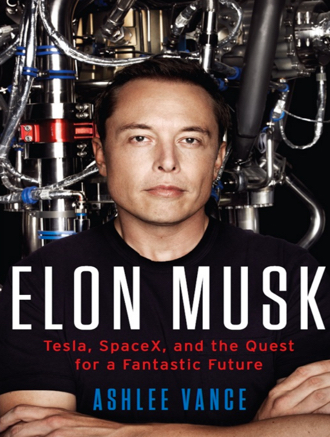 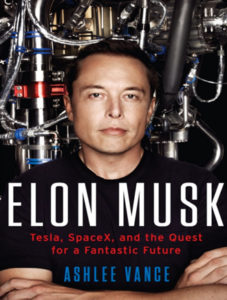 In his classic business book, Built To Last, Jim Collins introduced us to the term BHAG. A BHAG is a big, hairy, audacious goal. It doesn’t necessarily have a time frame but it allows the company to frame it’s intermediate goals, e.g. 3-5 year and 1 year plans. It is directional in nature. It is meant to energize your entire company

We learn in Ashlee Vance’s biography of Elon Musk: Tesla, SpaceX, and the Quest for a Fantastic Future,  that Musk is not content to embrace just one BHAG. Musk is taking on three entrenched industries at once. He is battling the gas guzzling automotive industry with his electric car company – Tesla Motors. He is shaking the ground underneath the oil energy industry giants with his Solar City, Inc idea of a grid of recharging stations around the country (free to Tesla owners by the way). And if these aren’t crazy enough, Musk has envisioned the future of we earthlings as a multi planetary species by setting his sights on establishing a thriving colony on Mars. This last to be made possible by his third company – Space Exploration Technologies, SpaceX – which is challenging the worldwide, traditionally government driven and funded, space industry.

How Does This Apply to Me?

This book combines a traditional biography with a business book which allows us to witness the transformation of Elon Musk from South African immigrant to Silicon Valley multi-hundred-millionaire visionary (he made his first fortune as the largest investor and CEO of PayPal) tilting at windmills to executor extraordinaire. All three of his companies survived the financial meltdown of 2008 and are executing against his vision and threatening to make obsolete the industry behemoths who once scoffed at him. For example SpaceX’s Falcon 9 rocket just launched a US Air Force X-37B space plane into orbit from Cape Canaveral last week, just ahead of Hurricane Irma. Read the whole story here.

This is a great read. Think Steve Jobs and Bill Gates meet Henry Ford. Vance posits that Musk is an industrialist in the tradition of Ford, building physical plants and creating 10’s of 1,000’s of jobs.

You should take inspiration from this book. What is your company’s BHAG? It doesn’t have to be as grand as Musk’s, but it should be inspirational for all your employees. It should inform them directionally of where you are going. People generally want to belong to something bigger than themselves. If you have one which makes you proud please share it here in a comment.