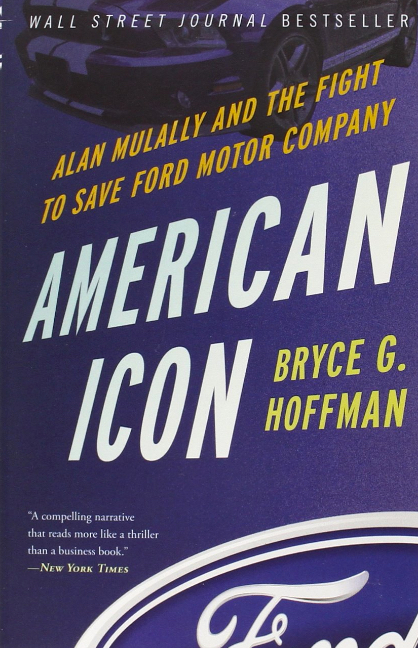 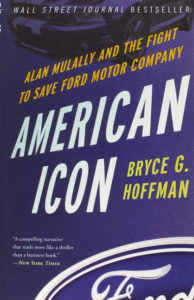 American Icon tells the story of Alan Mulally and the fight to save Ford Motor Company. It is one of the most fascinating business books I have ever read; you almost feel as if you are reading a suspense novel where you know the outcome.

Under Mulally’s leadership Ford went from  losing $83 million a day in 2006 to reporting a full year profit in 2010 of $6.6 billion. Ford was the only Big 3 Detroit auto maker not to declare bankruptcy or participate in the government bail out.

Mulally transformed Ford’s results by transforming its culture. His mantra was “One Team, One Plan, One Goal”. He restructured his leadership team and then drove accountability and transparency into the culture. He did this by holding weekly leadership team meetings (which became daily during crisis) in which he built vulnerability based trust – a willingness to speak of problems as well as ask for and give help.He drove this with the use of objective data – scorecards for all his major functions.

Alan Mulally told author Bryce Hoffman in an interview that the turning point for the dysfunctional leadership team he inherited came when Mark Fields, then head of Ford North America and the successor to Mulally as Ford CEO, revealed a “red mark” on his weekly scorecard. Fields  decided to test Mulally’s claim that speaking the truth wouldn’t get you fired. Mulally reacted by clapping his hands when he saw the “red mark”. From that point on the toxic politics which had up until then dominated those meetings slowly withered away. The team pulled together and accomplished goals previously thought not possible.

Can I do this in my business?

Real. Simple. Results. It doesn’t matter if you are Ford or a small privately held business with between 10-250 people. The simple tools and disciplines employed by Mulally work. If you would like to learn about a complete system with a set of simple, practical, immediately usable tools, which will enable you to implement in your business tools like Mulally used, then read Traction: Get A Grip On Your Business by Gino Wickman. You can buy it here. 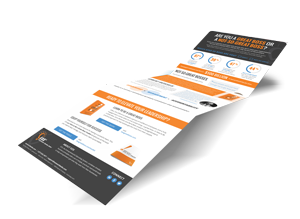